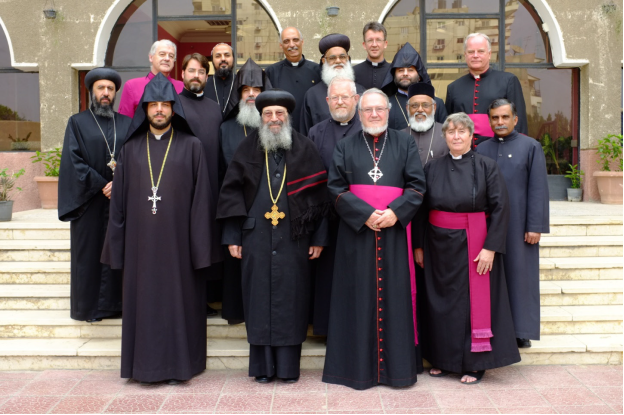 History made, as Anglicans, Oriental Orthodox agree on Christ’s incarnation

Senior theologians in Anglican Communion and Oriental Orthodox Churches recently made history by signing an agreement on their mutual understanding of Christ’s incarnation.

The work to reconcile these branches of the Christian family on the question of how the two natures, human and divine, were united in one human being: Jesus Christ began in earnest in the 1990s.

By 2002 an Agreed Statement on Christology had been prepared by the Anglican-Oriental Orthodox International Commission (AOOIC) and sent to the participating Churches and an updated statement was recirculated in 2013. By the October meeting in Cairo, AOOIC members were able to finalise the document and Bishop Geoffrey Rowell and His Eminence Metropolitan Bishoy of Damietta signed on behalf of their Churches.

This statement, which is a significant step of reconciliation, will now be sent to “the responsible authorities of the Oriental Orthodox Churches and the Anglican Communion for their consideration and action”.

Click here to read the Agreed Statement on Christology

Click here to read the Communique from the meeting of the Anglican-Oriental Orthodox International Commission that met in Cairo, Egypt from 13-17 October, 2014.

Notes:
* The Council of Chalcedon was a highly influential church council held from 8 October to 1 November, 451 AD, at Chalcedon (a city of Bithynia in Asia Minor), on the Asian side of the Bosporus.