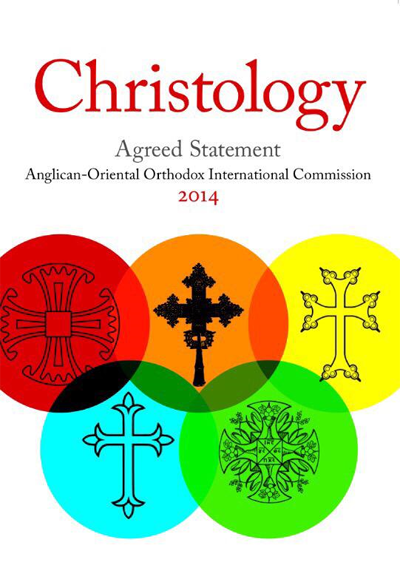 Historic agreements have been signed between Anglican and Oriental Orthodox Churches helping to heal the oldest continuing division within Christianity.

In addition, the Commission has made substantial progress on issues concerning the Holy Spirit, which have continued to keep the Churches apart over the centuries.

Leading clergy and theologians from both Christian traditions from around the world have been meeting at Gladstone’s Library in Hawarden to engage in theological dialogue, while at the same time forging deeper bonds of faith and mutual support.

His Eminence Metropolitan Bishoy from the Coptic Orthodox Church of Alexandria in Egypt and Co-Chair of the Commission said: “With this agreement we are able to heal the cause of the division between the two families of the churches worldwide which started at Chalcedon.

“There are other things which emerged during the long history since Chalcedon in the fifth century, so we have on our agenda many other topics including the position of the Holy Spirit, which we were able to sign a preliminary agreement on this subject also.

“The publication of our Agreed Statement on Christology is a great outcome of sharing dialogue together. It is a very beautiful piece of theology which is very encouraging and easily understandable to the people and pleasing to the theologians.”

The Commission has spent a week in North Wales talking and visiting church communities across the Diocese of St Asaph. Speaking during Evensong at St Asaph Cathedral, the Anglican Co-Chair of the Commission, The Bishop of St Asaph, the Rt Revd Gregory Cameron, who hosted the visit, said: “It’s a privilege to welcome you to this building which has seen worship every day for at least 800 years, although this is a tradition which can be easily matched and bettered by the Churches of the East.

“Ecumenical dialogue can be long, but beneath the process is the love shared between Christians, and it is that love and affection which draws us together and back to dialogue and mutual understanding.”

The Anglican-Oriental Orthodox International Commission was established in 2001 to strengthen the relationships between the different Churches and to discuss important theological issues, such as Christology, which divided the Church at the Council of Chalcedon in 451 AD.

The dialogue was halted in 2003 following the consecration of Bishop Gene Robinson in the Episcopal Church (in the United States) but resumed in 2013 with good progress being made since.

As well as dialogue, the Commission worshipped and prayed, sharing the urgent concerns of members from the Middle East, especially in the critical situations in Syria, Iraq, Lebanon and other regions. Metropolitan Polycarp Augin Aydın from the Syrian Orthodox Archdiocese in the Netherlands explained why this agreement is important now: “Because of immigration we now find ourselves side by side as neighbours. In the past we used to talk about Eastern and Western Christianity but this is no longer the case. There are Eastern Christians who live in the Western Countries and vice versa. Therefore we have to dialogue with each other and to really learn from one another and to really share our treasures with one another.”

Bishop Angaelos, General Bishop of the Coptic Orthodox Church in the UK said: “The world we are living in today is a world that needs us as Christians to stand together.

“Around our commission table, we have the Armenians commemorating the Armenian Genocide, the Syrians and Iraqis whose countries are war-torn and peoples displaced, the Copts who have lost 21 of their men to that horrific martyrdom in Libya, the Ethiopians likewise in Libya, and here in Europe we also have our own struggles. It is very much time for us to stand together as Church leaders and to recognise what we have in common while at the same time respecting the differences we have.”

“Over the past 15 years since 9/11 there has been a huge appetite for us to work with other religions but unfortunately I have not seen the same appetite for many people to work with other Churches. It becomes fashionable to be able to dialogue with inter-faith communities but we do not celebrate with each other or accept each other as we are; we want others to fit into a certain mould. So I think this dialogue acknowledges that we might have different teachings on things and some matters we may never resolve, and that is the reality of it, but we are not trying to be the same, we are trying to work on what we have in common.”

For the two Church families this agreement is ground-breaking and could be a model for future ecumenical dialogue. The Very Revd Archimandrite Shahe Ananyan from the Armenian Apostolic Orthodox Church said: “Every signed ecumenical official document has its difficulties and has its advantages also. This document I think is a model for other Christological dialogues between Eastern Orthodox and Oriental Orthodox churches which need to re-start. I think this document could be served as a model for subsequently developed dialogues.”

The Commission will meet again in Lebanon from 24-29 October 2016, where it is expected that dialogue on the Holy Spirit will continue.